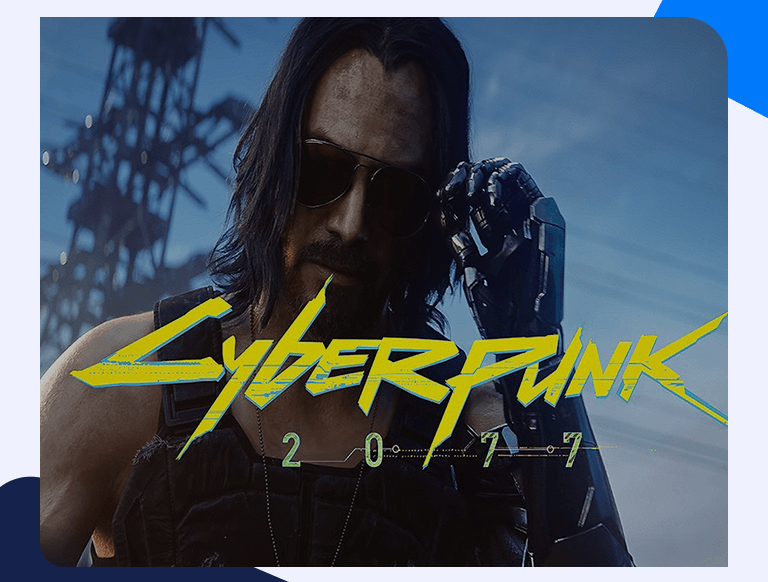 Planning on Getting CyberPunk 2077 For Current-Gen Consoles? Reconsider

It was a bitter-sweet moment. CD Projekt Red (CDPR) finally released CyberPunk 2077, a game we first saw a teaser back in 2012. Interestingly, the game didn’t have a specific release date. Instead, the studio promised, “Coming…when it’s ready”. To their credit, the studio stayed true to this promise until the very end. There would be a new release date announced…and just before the date, the studio would announce another delay. Interestingly, the notoriously impatient and hard-to-please gaming community didn’t seem to mind. Who wouldn’t want to wait just a month longer for a game whose customization ventures so deep that it lets you customize your genitals? “A delayed but the completed game is better than a rushed-out game full of bugs” was the mantra. But it seems CyberPunk 2077 for current-gen carries more bugs than others.

The PlayStation 5 and the Xbox Series X made for an exciting addition to the equation. Moreover, PC gaming broke new ground with GeForce RTX 3080, 3080 Ti, and 3090. As you’d expect, and as the several demo videos showed, the next generation of gaming maximized everything CyberPunk 2077 had to offer. And if that weren’t enough, CDPR promised no more delays, with the game set to be released in December 2020, and it did.

For the most part, the reception has been highly positive. CDPR took some flak to release a couple of software patches to fix several bugs within the game. Despite these minor hiccups, it seems the game is genuinely as exciting as the hype around it…unless you’re planning on playing CyberPunk 2077 on current-gen consoles.

Twitter and Reddit have been full of angry gamers complaining of the game’s abysmal performance on their consoles. It didn’t take long for the memes and criticisms to take center stage. Comparisons between the in-game footage CDPR had shown at multiple E3 events and the actual gameplay reflects poorly on the studio’s promises. Not since Watch Dogs has a game been such a let down in terms of demo vs. actual gameplay.

This has come as a shock to many users since nearly all pre-recorded gameplay until now had been run on current-gen consoles. Proper upgrades for the next-gen consoles like the PS5 and Xbox Series X were planned for 2021. However, it seems as if CDPR changed how they’d release the game in a matter of weeks.

Common user complaints include muddy textures, flat surfaces, heavy pixelization, frame drops, blurry visuals, frequent game crashes, buggy AI, and most frustratingly, lag. Curiously, gamers on the base PS4 and Xbox One complain of the game running on 720p with frequent drips below 30fps. Some of these problems can be attributed to the fact that many users chose to access CDPR’s extensive day-one patch by adjusting their time zones to access it early. Even though CDPR claims that the game will automatically need to download the patch to fix any of these issues, gamers have been complaining that their copies do not allow them to download updates, even if they re-download the game from scratch.

Most gamers have also noted that the problems on the PS4 Pro don’t seem to exist at all on the PS5. Some fans, playing the devil’s advocate, have pointed out that this is a 2020 game running on 2013 hardware. However, considering how similar expansive games like Red Dead Redemption II, God of War, and The Last of Us Part II run smoothly on current-gen consoles. That argument doesn’t seem to hold much weight.

Somewhat expectedly, CyberPunk 2077 runs best on PC. This would explain the plethora of rave reviews the game has gotten since most CyberPunk 2077 reviews from prominent critics have been for the PC version.

CD Projekt Red will likely release more patches in due course. These patches will help in alleviating some of the problems that gamers playing CyberPunk 2077 on current-gen consoles face. However, the chances are that these improvements won’t offer any significant progress in terms of gameplay quality. If you genuinely want to enjoy CyberPunk 2077 like the way it’s supposed to be enjoyed, then you’ll either have to switch over to PC gaming. Or at least wait until you have a next-gen console.

All of this does make one wonder, was the 8-year wait really worth it in the end?

UPDATE 1: Since the publication of this blog, CDPR has officially communicated its apologies to users that have experienced issues with their copy of Cyberpunk 2077. It has also stated its willingness to offer refunds to all Xbox One and PS4 users. These refunds can be availed from today (14th December 2020) till 21st December 2020. You can avail this refund by heading over to helpmerefund@cdprojektred.com.

Furthermore, CDPR has announced two further patches to be released in January, promising to resolve the bugs in the console versions of the game (but categorically stating that they won’t look as good as they would on a high-end PC).

Watch this space for more updates from CDPR related to the console versions of Cyberpunk 2077.