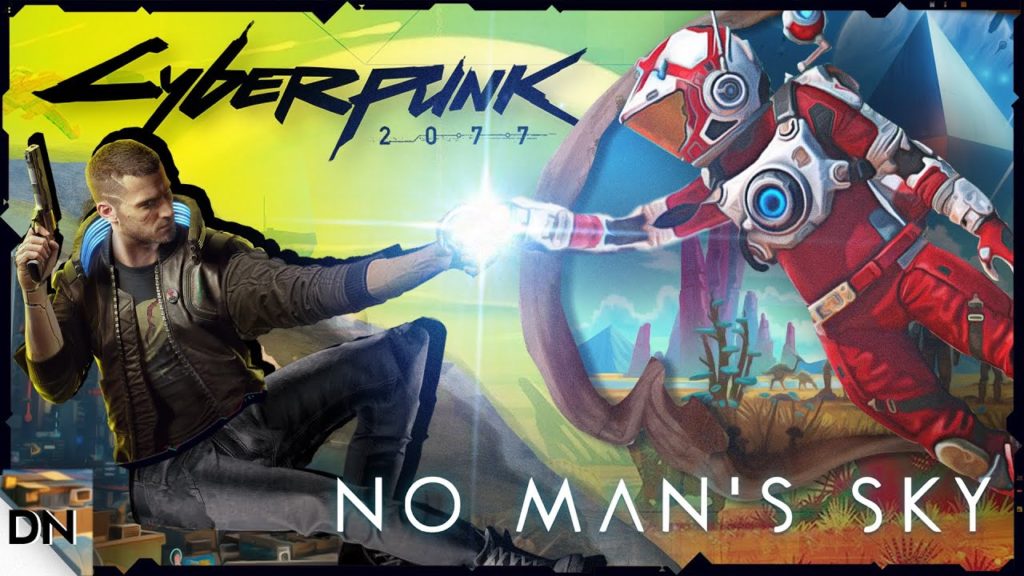 Each day seems to spell a new kind of problem for CD Projekt Red (CDPR). Cyberpunk 2077 has finally released after an 8-year delay, but many wonder if it was worth it. By all measures, the game is broken, and CDPR’s window for fixing it are narrowing down by the minute. It has released two patches but has been unable to alleviate the current-gen console owner’s problems. It is hard to imagine how a game with such expectations could fail so spectacularly. Another game had a similar initial scare before recovering eventually. No Man’s Sky promised users the chance to explore more than a billion planets and life forms. The excitement was high until come-release day. It turned out the game fell severely short of its promises. How did it recover? And could there be lessons to learn from it for CDPR? Find out more in this Cyberpunk 2077 vs. No Man’s Sky comparison below:

Both these games are worlds apart, quite literally. No Man’s Sky is supposed to be an exploration survival game. This means gamers have the chance to explore billions of different galaxies, each with its distinct environments, life-forms, and challenges for gamers to enjoy. It takes the traditional meaning of open-world and transforms it into an open-galaxy or open universe, more accurately.

On the other hand, Cyberpunk 2077 took the bold move of being single-player only, but without any large exploration map. You can explore as much as you want around Night City and the surrounding desert of Badlands, but that’s it. CDPR will likely release updates to the map while introducing the online feature eventually.

Moreover, CDPR continues to claim that it wants its gamers to experience the full-experience of a futuristic city. For instance, every non-playable character (NPC) offers you the chance to have a different interaction. Some might curse at you, some may flirt, others might threaten you, while some might invite you to an underground street race. All NPCs are designed to make your experience within the game as varied as possible. Similarly, suppose you do engage in the number of activities on offer in Night City. In that case, you’ll find yourself having a different experience each time since the game’s internal mechanism is designed to deliver more than a thousand different results. This applies to races, poker games, knife-fights, or something as simple as buying new clothes for your character.

Both No Man’s Land and Cyberpunk 2077 aim to offer you a completely different experience. This is down to the difference in their genre and gameplay style. No Man’s Sky wants you to make the most of the game’s plethora of planets. You can visit any of these planets you wish to, interact with the billions of different living species that exist, trade with them, fight them, or if you’re really feeling adventurous, even rob them. Think of it like the wild-west in space.

The single-player mode within the game adds to these prominent features. Players are free to follow the story at their own pace. Travel is the essence of the game. You can update your gear, weapons while getting updates for your spaceship. The game’s creators have credited the works of Isaac Asimov, Arthur C Clark, and Robert Heinlein for the gameplay. Given how the game puts no limits on gamers in terms of exploration, it is a fun game regardless of how you approach it.

Cyberpunk 2077 is a different story since it’s more equivalent to a futuristic dystopia. The cities, the people, the infrastructure, and the culture are all different from what we know. These are all supposed to essential factors in how you play the game. Since you’re confined to one city, you have to be careful in your actions. There are vigilantes, spies, and rival gang members, all actively looking to take you down. CDPR has announced further additions such as bounty hunters and assassins are possible.

Everything goes in Night City, all actions are allowed. But those actions have consequences. If you choose to be careless, the game’s AI will treat you with hostility, while adhering to the rules might help you evade police and frequent arrests. All of this makes up for a realistic gaming experience, completely opposite to the galaxy-trotting experience of No Man’s Sky

This is the one area both games offer conflicting results and prospects. As I mentioned earlier, both games had a litany of issues after their initial launches. Cyberpunk 2077 continues to deal with complaints about frequent bugs, glitches, and unplayable graphics on current-gen consoles. It has since promised refunds while also keeping users updated on three new patches arriving in December, January, and February. While this might sound promising, Sony has so far refused to give the greenlight to users demanding refund son their physical copies citing it an issue on the publisher’s end. Cyberpunk 2077 has caused CDPR to lose a large chunk of their goodwill built up over the years, unless it can come up with tenable solutions and fast, Cyberpunk 2077 could go down as a colossal failure.

For quite a while it seemed as if a similar fate awaited No Man’s Sky. It had frequent crashes, the graphics were nowhere near as impeccable as Hello Games had promised in numerous demo footages. Moreover, the game’s greatest selling point i.e., the ability to explore billions of AI-generated planets turned out to be false advertising. All this would have spelled disaster but the studio miraculously managed to remedy all these issues. Numerous patches solved the game’s stability issues while a series of updates improved the planet-generating mechanism within the game. The result is a game that is much closer to what was promised than it was at the time of its release.

Cyberpunk 2077 and No Man’s Sky are two completely different games. Not only do they differ in their approach towards their internal universe-building, they differ in gameplay, in their visuals, in their genre, and perhaps most importantly, in their relationship with their users. Cyberpunk 2077 was supposed to be the jewel in CDPR’s crown. A game that would have everything that a gamer craves from an RPG. However, it is hit several hurdles in the week since its release.

No Man’s Sky wasn’t without its own fair share of issues post-release. While it had promised an unparalleled level of exploration, it soon became clear that most of the AI was repetitive. However, time proved their greatest ally as they have since gone on to improve in all areas. Nothing highlights this more than the “Best Ongoing Game” award No Man’s Sky won at this year’s Game of The Year awards.

Unless Cyberpunk 2077 pulls something similar, No Man’s Sky is the better value for you money…for now.