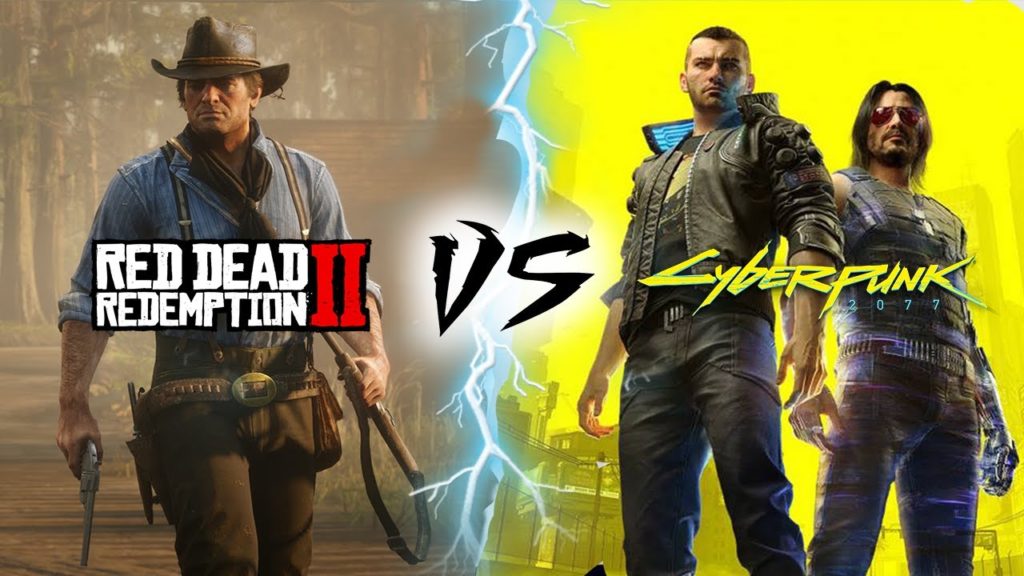 Each passing day seems to spell bad news for Cyberpunk 2077. It was well-poised to be the biggest gaming event of 2020, and yet, it seems to be the latest victim of a terrible year. The game has been plagued with multiple glitches, bugs, unresponsive AI, and frequent crashes. All of these make the game, quite frankly, unplayable. It’s a sad state of affairs for a game expected to set a new gold standard for open-world gaming. Two years ago, Red Dead Redemption II was released with similar expectations. What followed was the unexpected for the best of reasons. It won multiple awards, earning praise as the complete package. So what did RDR2 do that Cyberpunk 2077 couldn’t? Find out more in this Cyberpunk 2077 vs. Red Dead Redemption II comparison below:

Both games had an extraordinary amount of hype preceding their release, though for different reasons. Red Dead Redemption II was going to be Rockstar’s third installment in its Red Dead franchise. The first two games, Red Dead Revolver and Red Dead Redemption, had been instant hits. The second game, Red Dead Redemption, had rewritten the rules of open-world gameplay when it was first released. It was the first game that managed to create an open world that played more of a complementary role within the game’s larger setting.

Moreover, the game’s plot has been praised as perhaps one of the best in gaming history. So, when Rockstar announced a prequel, expectations were sky-high. Red Dead Redemption is one of the few games that surpassed these expectations by a country mile. It has the second biggest launch in the history of entertainment, with $750 million sold on the first weekend alone. With 34 million copies sold, it is among the top 5 best-selling video games of all time.

Cyberpunk 2077‘s hype owes a lot to what CD Projekt Red promised gamers. In 2012, CDPR announced it was working on something that would transform single-player gaming. Until its eventual release in December 2020, CDPR kept teasing gamers about what they could expect. Each E3 conference would contain new demo footage, revolutionary gameplay, and most importantly, new characters, most famously, Keanu Reeves.

It was supposed to herald a new era in gaming upon its release, and yet, it is being considered an enormous missed opportunity. Xbox One and PS4 gameplay is bearing on unplayable, CDPR has been forced to apologize, promise refunds, work on three 50 GB patches, and lose goodwill with its customers. The difference between the gameplay on PC and current-gen consoles is night and day. Users have been complaining of being kept in the dark by CDPR. This was certainly not what anyone in the industry had expected from a game that promised so much.

As of today, I’ve played and completed Red Dead Redemption II a total of 5 times. And to be honest, I still feel like playing it a 6th time. The reason is simple; every time I play it, it’s as if I’m playing a completely different game. You’ll play as Arthur Morgan for most of the game. And even though the story will remain mostly the same regardless of how you play it, you’ll end up with a different experience each time. For instance, if you have high honor within the game, your interactions with other characters will be different from those with low honor.

Similarly, you can expect varying kinds of access to weapons, horses, clothes, and accessories depending on your other actions within the game. All of that is nothing compared to everything else the game has to offer in terms of activities. You could forget about the main story and still enjoy the game for hours. You can partake in poker, blackjack, bridge, fishing, parachuting, paragliding, hunting, camping, mountaineering, scavenger hunts, treasure hunts, and so much more. It’s incredibly easy to get lost in the world of Red Dead Redemption II.

Cyberpunk 2077 promised something similar to Red Dead Redemption II. Since there’s no online mode on Cyberpunk 2077 as of yet, CDPR promised Night City would be filled with things to do for users. Current reviews indicate that there is no shortage of activities users can indulge in. It’s nowhere near as expansive as RDR2. Most of that is down to the bugs and glitches within the game.

While these issues are littered across the console versions, PC gamers can expect fewer such issues. For example, the framerate on consoles can dip into the twenties when you’re in a firefight. Similarly, you can expect random freezes whenever in a busy setting. Cars may disappear on the road, only to respawn on top of a building. CDPR has acknowledged all these issues, promising the new patches will fix these issues. Watch this space for how much these new patches improve the game’s overall gameplay.

Without beating around the bush, there’s no competition between the two. In Red Dead Redemption II, you can explore an area equivalent to about 29 square miles. That’s almost 4 times as big as the map on GTA V. All the different towns and districts in the game offer a completely different feel. St. Denise is a modern metropolitan while Rhodes is a classic western town with less than 100 inhabitants. The rest of the map is filled with mountains, river lands, forests, plateaus, and so much more. Red Dead Redemption II has scaled its open-world to unmatched heights, giving users an authentic taste of what living in the wild west must’ve felt like. Only God of War comes to mind as any other game that has matches RDR2 in those areas.

Cyberpunk 2077 released a much less ambitious take on its open-world. The Night City map is just 6 miles long and around 5 miles wide. However, there are multiple layers of underground districts. CDPR hasn’t revealed any plans of expanding the map, though they probably will. Most of the Badlands are still available for the players to explore, but considering it’s a desert, there’s not much for the users to do there.

Both games were released with great fanfare. However, what happened next is an entirely different story for each of them. Red Dead Redemption II set new records with its release, quickly becoming the biggest video game launch. It managed to outsell its predecessor’s lifetime earnings within 10 days. Despite being released in 2018, users keep finding new content within the game. Not to mention its Red Dead Online mode allows for a far more enjoyable overall game.

Cyberpunk 2077 has been facing slack for the sheer disorganization within the game. Considering how the game faced multiple delays, it’s unclear why the creators didn’t delay the game again if it wasn’t ready. The last bit is particularly ironic considering the original release date titled, “Coming…when it’s ready”.

Unless CDPR can carry out the biggest turnaround in gaming history, Red Dead Redemption II has Cyberpunk 2077 beat in every category.