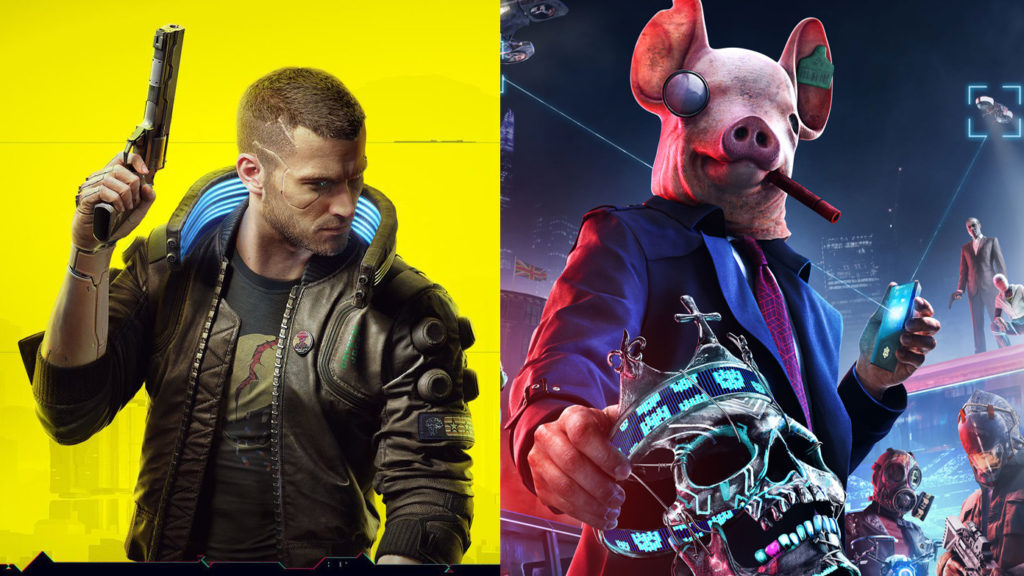 There were quite a lot of success stories in gaming in 2020—games like Ghost of Tsushima, Last of Us 2, and Assassin’s Creed Valhalla. However, no game could’ve matched Cyberpunk 2077 in terms of hype. CD Projekt Red (CDPR) left no stone unturned in raising the gaming community’s expectations with each passing E3 conference. However, post-release, things don’t look as cheerful as one would’ve hoped. The game is still riddled with bugs and glitches. This was a problem another ambitious open-world game, Watchdogs Legion, avoided. But how? And how does it compare to Cyberpunk 2077 in terms of gameplay? Find out more in this Cyberpunk 2077 vs. Watchdogs Legion comparison below:

In the Watchdogs franchise, Ubisoft finally seems to have found the formula for success. The first game was supposed to be a flashing point in gaming. Much was made of its revolutionary gameplay, allowing users to tailor their gaming experience as they wish. It turned out to be a case of false promises as the game failed to meet expectations.

This is not the case with Watchdogs Legions. Although the game continues to face some slack for not having some of the fun elements from the previous installments, none of those will affect your gameplay experience. The city of London is yours’s to explore. Each street, each shop, and each house is just as easily accessible, while every character within the game is playable.

Cyberpunk 2077 took eight years to make. Naturally, the expectations were for a game that would change the way studios make games, the way gamers play games, and how the devs develop their games. However, it’s done nothing of the sort since its release. It’s hard to give an honest opinion of how the gameplay compares to any other game since it continues to crash frequently. It’s still full of bugs and glitches that interfere with the gameplay.

CDPR raised quite many eyebrows when it revealed that Cyberpunk would not be a multiplayer game at launch. Any other game would’ve drawn the instant ire of the fans. Still, most of the gaming community wanted to see what the studio would offer for some reason. Night City is nowhere near as large as some of the more expansive maps like the ones in RDR2 or GTA V. Neither is it as beautifully rendered as in God of War.

All of this sounded like a good substitute for a true open-world. Not to mention, CDPR had left the door open for multiplayer mode at some point. However, the studio has so far failed to deliver on these crucial points, and it’s looking more and more likely that you’ll have the same generic interactions regardless of what you do within the game.

Watchdogs Legion follows a hybrid model in the sense that you can explore as much as you want, as long as it’s in London. One of the game’s highlights is its open-world. To make the most of it, you can choose from as many characters as you want, thanks to the game’s recruiting mechanism. With this, the city is truly worth exploring as you get to experience it from the eyes of a wealthy hedge fund manager as well as a regular plumber from Islington North.

This is arguably the one category where Cyberpunk 2077 and Watchdogs Legion are, or more accurately, were level. Cyberpunk 2077 has arguably been 2020’s biggest disappointment in gaming. Several other ambitious titles have been launched in the past with similar issues with bugs and glitches. However, it didn’t take any of them eight years to finish. The fans have been quick to point this out. CDPR had promised a game that would expand the meaning of a single-player game. Saying that it completely missed the mark is putting it mildly. The game has been panned with low reviews on all current-gen consoles, while PC gamers are still complaining of persistent bugs even after a week of its release.

CDPR maintains that all these problems will be resolved after its series of new patches, but the gaming community is understandably hesitant. The studio has now started offering complete refunds to current-gen console owners while pledging to resolve the issue in the coming two months. Things only went from bad to worse for Cyberpunk 2077 after it was removed from the PlayStation Network by Sony. Unless Cyberpunk 2077 solves its slew of problems, we may likely have the biggest disappointment in gaming history on our hands. That title may have easily belonged to Watch Dogs Legion‘s original title, Watch Dogs. Watch Dogs Legion faced similar issues, but crucially, it managed to resolve them.

This is reflective of how the gaming community has perceived the game. A significant portion was glad to have a game set in a non-American city like London. In contrast, others complained of missing features like the ability to listen to music while playing. Ubisoft has been known to have issues post-release for its headline titles like Assassin’s Creed: Unity and the original Watchdogs. But it has built up trust within the gaming for its ability to fix these problems just as quickly. The same was the case with Watchdogs Legion. Two patches have resolved the most nagging issues, and it is now one of the best games released in 2020.

Watchdogs Legion isn’t the perfect game. It’s nowhere near as refined and wholesome as its predecessor but a massive improvement over the original Watchdogs. The game is ambitious, with its choice of no central protagonist giving you the chance to recruit other characters from the game and approach the story as you want. Cyberpunk 2077 wanted to try something similar, although it didn’t see the same degree of success. We might not truly be able to see the game at its peak performance until CDPR finally releases those patches and the game’s bugs and glitches are fixed.

Until then, you’re much better off playing Watchdogs Legion, exploring and hacking the city of London rather than spawning in mid-air somewhere in Night City on Cyberpunk 2077.