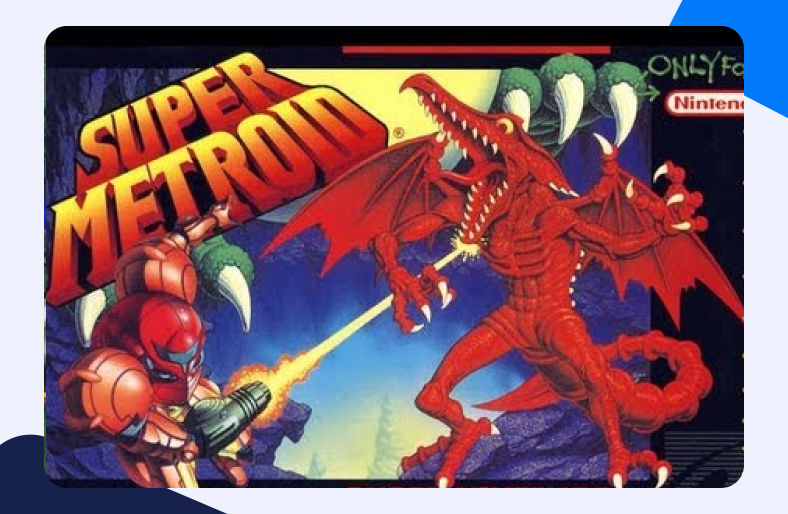 Perhaps the Metroid Super Zero Mission walkthrough would help you explore it better. From Ceres Station to Red Brinstar, we have got the original Super Metroid covered for you.

After the game initializes, you will first be in an elevator. You will meet good old Ridley on your way down. The important thing is that it has a hatchling which you need.

Now, you can’t retrieve the hatchling. Ridley will fly away one way or the other. The less elegant but more efficient way is to let Ridley reduce your HP. After Ridley escapes, the area will start to self-destruct. You will have one minute to escape through the elevator. Just try to avoid the smoke coming out of the platforms by timing your jumps.

Now we follow Ridley to Planet Zebes. After you get off, go through the blue door to your left. Move downwards and you will see many doors. Go to the bottom one and move to enter another door.

In this room, ride the elevator down. Move left towards the Morphing Ball which allows you to take the ball’s form to enter gaps easily. Use it to make your way to the right.

Move to the left after exit. Shoot the Gray Space Pirates. Now exit through the left door. Enter the door at the top and make your way right through the red door. Shoot the enemies. enter through the passage to see Crateria’s map which shall help you explore. Get back to the room. Utilize the Save Unit near the Blue door.

Use the lane of the morphing ball, and roll to enter the door. Go through the red door and pick up bombs. Here you will meet Torizo. Attack Torizo with missiles and beams.

Move to where you dropped. Go to the door opposite the map lane. Bomb to get Missile Tank 03. Now move to the room with different doors. Bomb blocks on the left wall and go through that door. Defeat the Green Space Pirate and move down. Enter the blue door. Defeat the Silver Geemer and Kago with your bombs and beams respectively. Move into the elevator on your right to travel down.

Move out of the elevator to go through the left red door. Destroy enemies and retrieve Brinstar’s Map. Enter the other red door. Move back to use the Save Unit and at the bottom, you’ll see 2 red doors. Charge missiles with the left and enter the one on the right. Destroy Zeelos and Reos and blast your way towards the door on the right.

Retrieve Missile Tank 05. Access the hidden area by bombing to charge beams. Now move to the top and bomb to use the Save Unit. Move through the red door. Defeat all the Green Keyhunters in this room and enter the metal door. Now shoot the Spore Spawn and its spores until it dies to reveal a new path.

Once you enter Red Brinstar, move down the shaft. Kill the Bottom and move to the bottom of the shaft. Head right to the Blue. You will see an area with water and thorns and you need to cross it by jumping to the platform in the middle and then to the door. Jump past the two Yapping Maws and defeat the Cacatac to enter the door. Move down using the elevator.

Use the Save Unit and enter the right door. Move to the room before. Defeat all the enemies and unlock the door and move back to Brinstar. Enter the hidden area. Bomb the first block you see and shoot the second one. Enter through the green door to get the Spazer Beam and move to the elevator room. Use your hi-Jump boots to ascend through the door above. Shoot your way down and enter the right door. Kill the Key Hunters and plant a bomb in the ditch. This opens a way for a Save Unit. Shoot a crack on the floor and enter the door.

Defeat all the enemies and exit towards the right. Open the eye door with missiles. Refill your arsenal and get ready for the boss! The boss is the lizard Kraid! He will attack you in two forms. The first form of Kraid attacks using jabs and rock spits.

Shoot him in the eye and fire missiles into his mouth to make him shift. You can defeat the second form as you did the first. After that, go towards the right and pick up the Varia suit. Now go to the area for the Norfair elevator.

Now you can easily make your way towards Norfair! That was easy. Check our other comprehensive guides to achieve all your gaming goals.