Out Of The Frying Pan Into The Fire: Cyberpunk 2077 Ransomware Attack 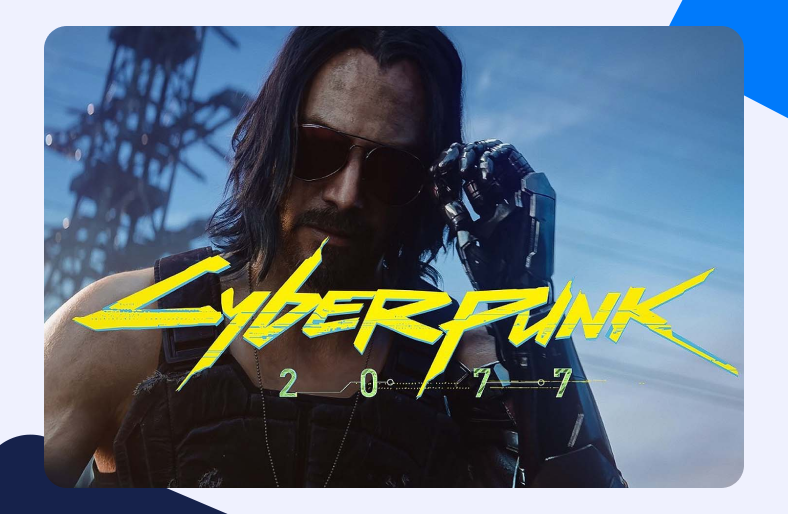 Out Of The Frying Pan Into The Fire: Cyberpunk 2077 Ransomware Attack

At this point, it has become the gaming world’s most remarkable scandal. CD Projekt Red (CDPR) spent nearly eight years developing Cyberpunk 2077. CDPR had claimed on multiple occasions that it would be the definitive game-changer. Year after year, gamers would stay glued to their screens during E3 presentations, hoping to get a glimpse of potential gameplay from CD Projekt Red’s much-awaited game. It underwent at least four major delays, frequent storyline changes, not to mention a pandemic during the crucial beta testing phase. However, it managed to overcome it all and finally released the game in December 2020. What followed can only be described as the biggest let down in gaming history. The game failed to deliver on almost all its promises. Night City was a far cry from the bustling city that several E3 demos had promised. The AI was 2008-esque at best. There were a plethora of game-breaking bugs. It did not run smoothly at all on PlayStation 4 or the Xbox One. And finally, it was taken off the PS Store until further notice. So, when news broke about Cyberpunk 2077 ransomware attack, it seemed more like an inevitability rather than an anomaly.

Since this is an ongoing development, the details are still hazy at this point. However, the game developer has stated that its internal network was breached as several of its data servers were digitally scrambled. 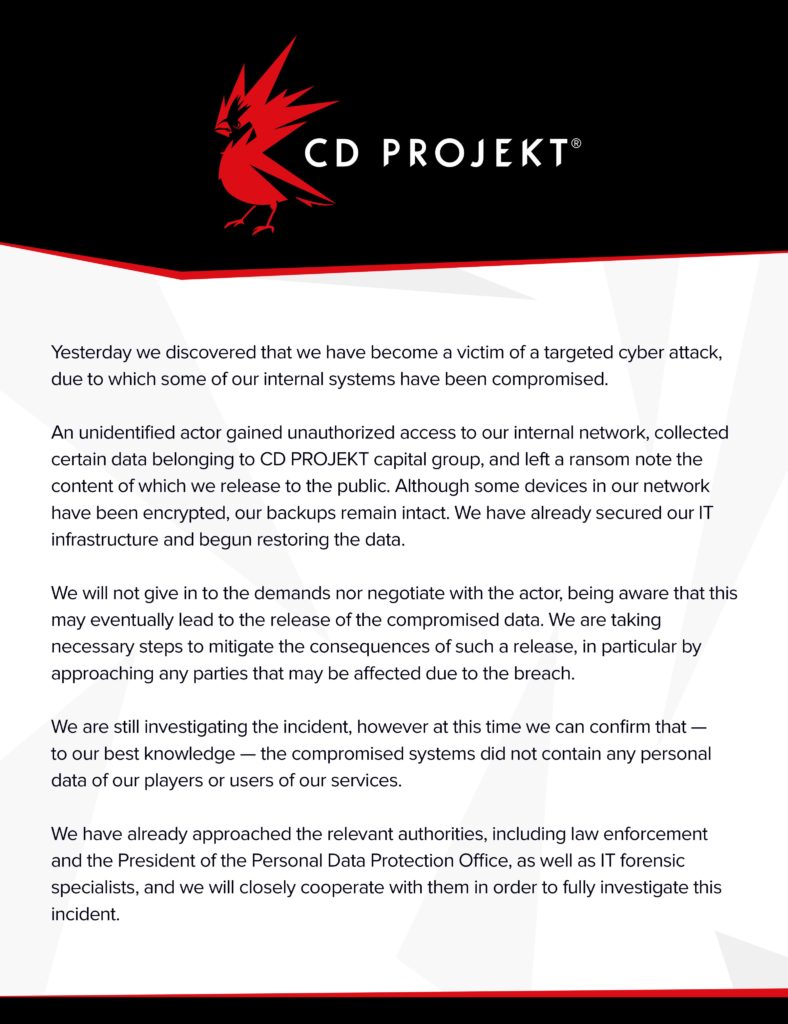 The perpetrators have further threatened to release the codes unless the Polish company relents and agrees to pay them in full. However, CD Projekt Red has gone public with the actual note it received. As per the note, the attackers claim to have copied the entire code from Cyberpunk 2077, Gwent, Witcher 3. The attackers also claim to have access to a different source code for an unreleased version of the latter game. While CDPR has acknowledged the attackers’ claims, it has yet to confirm whether the code has indeed been leaked or not.

The ransom note read, “We have also dumped all of your documents relating to accounting, administration legal, HR, investor relations, and more! If we will not come to an agreement, then your source codes will be sold or leaked online and your documents will be sent to our contacts in gaming journalism”.

What Does It Mean?

For the laymen, dumping means copying the complete information to an external source. The source code is a readable version of the program. If released, people can write hacks or, in some extreme cases, come up with entirely different versions of the game itself. It is rare, but in theory, this puts almost all of Witcher 3’s development secrets at risk.

If it’s any consolation, CD Projekt Red isn’t the first major game developer to fall victim to a ransomware attack. In 2020, Ubisoft, Crytek, and Capcom all fell victim to notorious hacktivist groups Ragnar Locker and Egregor gangs. As of yet, no group has claimed responsibility for this attack.

Watch this space for further updates as the situation develops.

Significant Differences between TCP and UDP