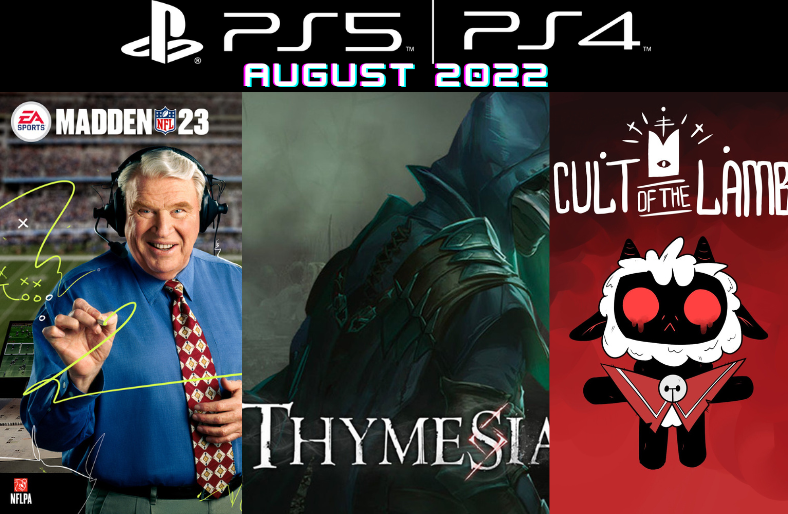 August is shaping up to be a big month for PlayStation gamers. There several high-profile releases slated for this month as announced by Sony. There are plenty of new PS5 and PS4 games releasing in August 2022. Here’s a look at some of the most anticipated titles coming out next month.

Some of the most highly-anticipated games releasing in August include Madden NFL 23 (19th August), Thymesia (18th August) , Dusk driver 2, Cult of the Lamb (11th August), Destroy All Humans 2 and many more. Additionally, up to 45 games are being released over the four weeks of August 2022.

We have gathered the information and release dates of all the upcoming August Games for you. Here’s a list of all those games coming out to PlayStation console along with their release dates:

We are excited for this entire month full of amazing launches for both PS5 and PS4. Stay tuned and enjoy these titles before new ones come out in September!