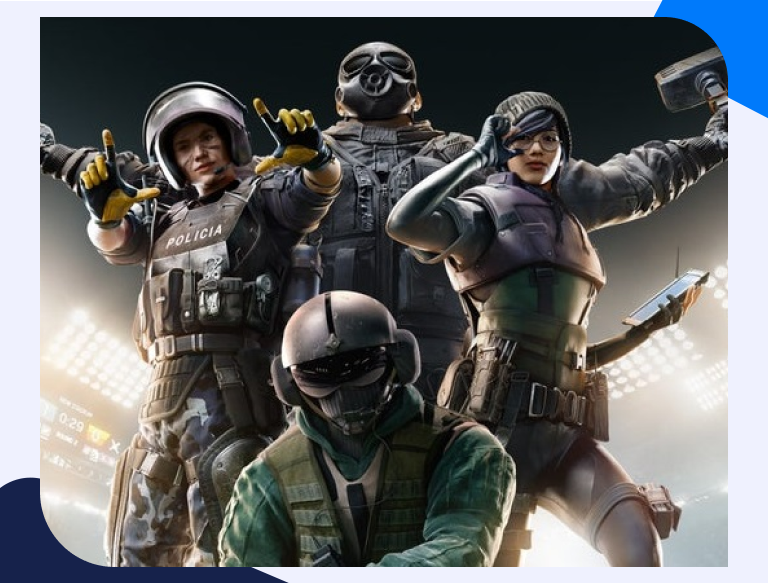 In Rainbow Six: Siege, you can play as either a counter-terrorist or terrorist in 5v5 multiplayer matches. You’ll have access to over 50 operators who each come with their own unique weapon and ability loadouts, which offer players the chance for different strategies depending on what team they’re playing against. The game also features destructible environments that give it an edge of realism not seen before in other first-person shooter games!

Tom Clancy’s Rainbow Six: Siege is a multiplayer game, and most players experience connection problems when playing from time to time. This is usually the case if you connect your device to the internet through a router. Routers feature a basic firewall that blocks incoming requests from the internet. This feature protects your network from hacker attempts and malicious access. On the other hand, multiplayer games like Tom Clancy’s Rainbow Six: Siege will play better if you open some ports on your router. Port forwarding seems like a complex task for most players, but we will give you a step-by-step guide on how to go about this process in this guide.

An IP address identifies the devices within your network. This number comprises a series of numbers separated by dots. With this address, you can log in to your router and access its setup page for configurations such as port forwarding, Wi-Fi password change, among others.

If you are a Windows user, you can find this address using the Command Prompt by following the steps below:

Related: How to Find Router IP Address on any Device

How to Set Up a Port Forward

Here are different ports you can forward for Tom Clancy’s Rainbow Six: Siege.